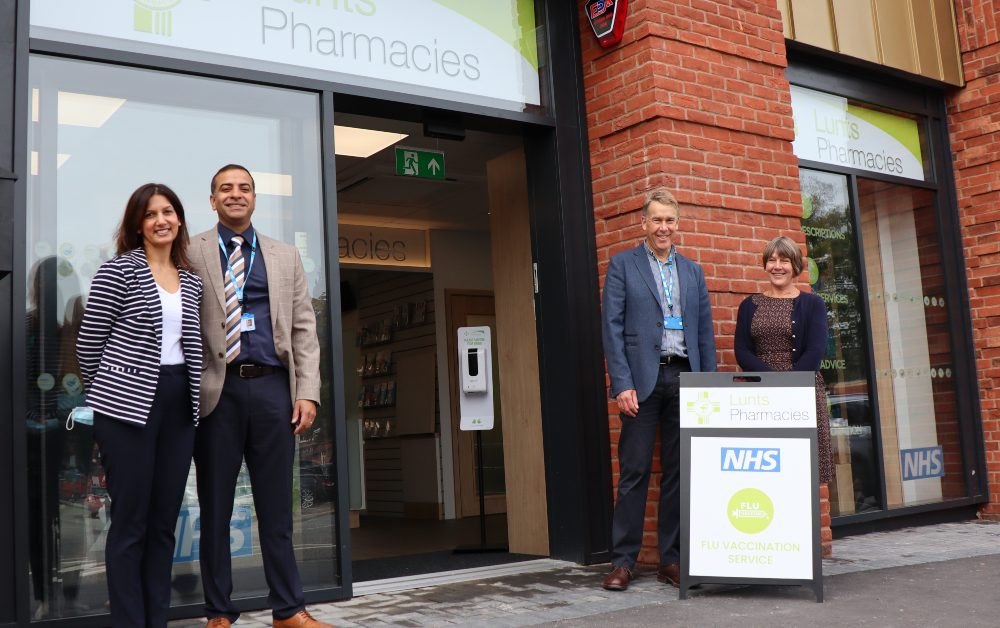 A family run pharmacy in Shrewsbury has moved to a new site after their previous store was devastated by flooding five times.

The new site for Lunts Pharmacy at the old Tannery in Barker Street has a dispensary three times the size of the previous one in Roushill, two large consultation rooms and step free access.

The pharmacy had been in Roushill for 35 years, moving there when the Riverside Medical Practice did in 1985, and the long established relationship with the surgery will continue as that moves to Barker Street in the coming weeks.

“It has been a tricky time for us throughout this last year, being flooded twice and the increase in demand during COVID-19,” said Martin Lunt, superintendent pharmacist.

“We are thrilled to have been able to continue to serve our customers throughout this time and also create a new, safe and flood-free, home for Lunts.

“It is great for us to continue to be alongside the surgery and serve it’s patients too - and with increased demand we now have more room for social distancing.”

Lunts opened its first pharmacy in Castle Street, Shrewsbury, in 1968.

That store has since closed and the independent family-run business now has pharmacies in Hereford Road, Shrewsbury, Pontesbury and Craven Arms.

The Roushill site suffered the worst flooding in 2000 and the two floods this year came a close second - with 18inches of water meaning they had to continue to provide their services from Severn Pharmacy opposite.

Staff from both Roushill and Severn Pharmacy have moved to the new site which has been kitted out over the last six weeks with new floors, ceiling, shop front, walls to create the treatment rooms and dispensary.

It opened on Monday (Sep 28) and Mr Lunt said he was delighted to be up and running - hitting the ground running with a large flu vaccination programme.

“It has been a torrid time for all our staff this last year and they have all worked tirelessly,” he said.

“They deserve so much praise for working in the conditions they have and I am pleased we can now give them a more efficient workplace.

“Getting the permissions we needed from NHS England and the General Pharmaceutical Council, not to mention building materials to do the work, has been tough during a worldwide pandemic, but everyone has been extremely helpful.

“This move has been in the pipeline for many years since the surgery mentioned they would move, with many possible sites identified - so it’s a huge moment for us to be here now.

“Your local pharmacy is now more important than ever, for vaccinations this winter, prescriptions and other products we sell.

“We are taking the pressure off GPs, A&E departments and the NHS, which is so important.”

Last year Lunts became part of Lunts MSN Group and you can find out more information about the pharmacies or for contact details of each store visit the website www.msnlunts.co.uk. 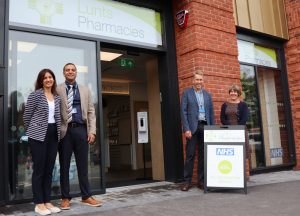 Get your flu jab this year in any of our branches from 16th September*
Appointment may be necessary.